2022: THE YEAR IN REVIEW THE 6TH INVESTMENT CASE: REGISTER NOW
Get Involved Donate
CONNECT WITH US
Share: Time based on Bonn time (GMT+2)

What is the Digital Edition?

The Digital Edition is a chance to join a global discussion forging new ways to slash emissions and create climate-smart futures. No need to travel to participate. You can join from the comfort of your office, home or community center, keeping your carbon emissions firmly in check. In addition to broadcasting sessions from GLF Bonn in real time, the broadcast will feature crowdsourced videos and interviews with experts on the frontlines of change.

Don’t miss the opportunity to join the discussion. We’ll be digging deep into some of the most pressing issues of our time with Indigenous leaders, community representatives, forest defenders and thought leaders from around the globe.

Meet some of our speakers

I See a Different You 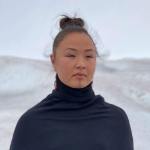 Aka Niviâna is an Inuk writer and climate activist from the northern coast of Kalaalit Nunaat (Greenland). She started doing poetry with a wish to create nuanced conversations about climate change, colonialism and indigenous people's rights. 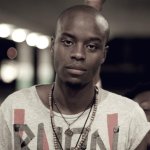 Co-founder, I See a Different You

A multidisciplinary artist, he started the blog I See a Different You to transform preconceptions about Soweto township in Johannesburg, South Africa with his twin brother Justice and friend Vuyo. The three were working together in the advertising industry. They felt that Soweto was perceived as a site of poverty and unrest due to media representations resulting from mass protests that occurred in the area under Apartheid in the 1970s The blog has become a platform that is changing the way the world sees Africa through film and photography depicting landscapes, fashion and regional stories. Photo credit: Bandcamp 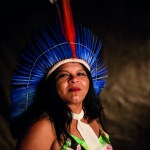 Sônia Guajajara is among the most prominent indigenous leaders of Brazil. For many years, she has been on the forefront of the country's indigenous and environmental movement. Her work against deforestation and land grabbing in indigenous territories on the national level, has brought her international attention. Sônia regularly participates in international fora, such as the UN Human Rights Council and the UN Climate Negotiations. Sônia's home lies in the indigenous territory Arariboia in Northeastern Brazil. She coordinates Brazil's biggest indigenous organisation, the Articulation of Indigenous Peoples of Brazil (ABIP). 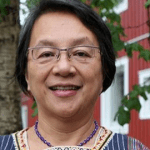 UN Special Rapporteur on the Rights of Indigenous Peoples, 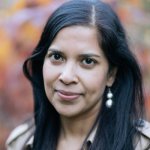 She is a a human rights lawyer working on climate change. She has spent most of the past 10 years working at the intersection of human rights and sustainable development policy. She has supported grassroots, regional and international human rights movements; advised governments on their human rights obligations; and supported litigation in regional and national forums. She is a lawyer with the Urgenda Foundation, which is pushing a legal case on behalf of almost 900 people aimed at forcing the Netherlands to cut emissions faster based on a previous court ruling. The basis for the argument is also on making governments stick to commitments that were made under the 2015 U.N. Paris Agreement on climate change. 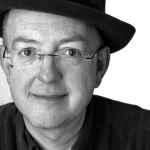 George Marshall is Director of Programmes and founder of Climate Outreach with 30 years’ experience in communications research, training and strategic advice for governments, national and international NGOs and businesses. His specialism in working with new audiences has included pioneering communications projects in Alberta, Canada; with people of the world’s five main faiths and through providing strategic advice to government, NGOs, and business. George leads the Climate Outreach training programme and has personally delivered over 100 climate communications training workshops in Britain, across Europe, the US and Canada, Australia, India and Venezuela. He writes widely about climate change, including regular articles for The Guardian and New Scientist, and has given keynote presentations for TEDx, BECC and the UNFCCC. He has written two books: Carbon Detox (Hamlyn Gaia, 2010) which addresses personal behaviour, and Don’t Even Think About It: Why Our Brains Are Wired To Ignore Climate Change (Bloomsbury US, 2014), on the psychology of climate change. 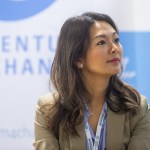 Hilary Tam is the Strategy Director of international agency Futerra, which specializes in branding, strategy, behavior change and consumer campaigns in the field of sustainability. She previously worked at Greenpeace International, and studied at the University of Toronto and the University of London. 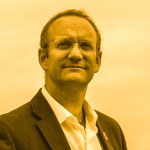 Mr. Gonzalo Muñoz is a business entrepreneur and social change-maker at the forefront of environmental innovation in Chile, who reinvented the country’s recycling industry to usher in a future without waste. He did so by founding a recycling company in 2009 and, ever since, has been presiding over the expansion of the company to other parts of Latin America. His company produces a recycling station capable of recycling 90 percent of household solid waste. Through the popularity of his innovation, Muñoz has been leading a cultural movement to advance environmental sustainability and social inclusion. In recognition of his leadership, Gonzalo Muñoz was awarded the Circulars 2019 international prize at World Economic Forum’s Annual Meeting in Davos and was also invited to join the New Plastics Economy advisory panel at the Ellen MacArthur Foundation. He was appointed to serve as the High-Level Champion of Chile ahead of COP25. 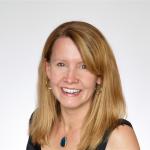 As Conservation International's President, Jennifer Morris draws on decades of experience in conservation and economic development to ensure the organization's programs deliver the best impact possible. That path started with an important discovery. Almost thirty years ago, Jennifer was teaching in Namibia, with an eye on a career in public health. Years of working and living in a small community on the coast showed her that the health of each individual and each family was inextricably linked to the health of the environment. She decided to serve both through working in economic development, and went on to receive a master's degree in international affairs from Columbia University with a focus on business development and microfinance. Her first step after grad school: Conservation International. Over the next three decades, Jennifer developed some of Conservation International's most enduring programs and partnerships, and innovative strategies using business development as a tool to protect nature for the well-being of humanity. She started on the conservation enterprise team, where she helped small businesses in rural communities earn income while using nature sustainably. She later oversaw the Global Conservation Fund, which helped protect more than 80 million hectares around the world investing more than US$ 350 million towards conservation efforts, and the Verde Ventures program, whose business partners today employ nearly 60,000 local people in 14 countries with half a million hectares of important lands protected or restored. Jennifer also took on leadership of Conservation International's Center for Environmental Leadership and Business, which partners with corporations to amplify conservation efforts and increase sustainability throughout supply chains. Over time, she rose to be the organization's chief operating officer, adding organizational operations to her portfolio of conservation efforts, and led the organization through significant growth in budget and staff. Today, Jennifer serves as President. She oversees all of Conservation International's programs across 29 countries and more than 600 million hectares of protected land. She leads the more than 1,000 scientists, policy experts and passionate conservation professionals implementing cutting-edge initiatives and working with more than 2,000 diverse partners - from Indigenous communities to multinational corporations. She serves on the boards of several organizations including the Conservation Strategy Fund, Natural Capital Coalition and Nia Tero, an organization working to secure Indigenous guardianship of vital ecosystems around the world. She is a frequent presenter at international conferences, corporate events and universities on issues related to conservation finance, corporate engagement and climate change and women's leadership. Jennifer lives in Washington, D.C., with her husband and daughter. 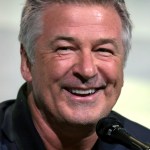 Alexander Rae Baldwin III (born April 3, 1958) is an American actor, writer, producer, and comedian. Baldwin first gained recognition appearing on seasons 6 and 7 of the CBS television drama Knots Landing, in the role of Joshua Rush. He has played both leading and supporting roles in films such as the horror comedy fantasy film Beetlejuice (1988), as Jack Ryan in the action thriller The Hunt for Red October (1990), the romantic comedy The Marrying Man (1991), and two films directed by Martin Scorsese: the Howard Hughes biopic The Aviator (2004) and the neo-noir crime drama The Departed (2006). His performance in the 2003 romantic drama The Cooler garnered him a nomination for the Academy Award for Best Supporting Actor. From 2006 to 2013, Baldwin starred as Jack Donaghy on the NBC sitcom 30 Rock, winning two Emmy Awards, three Golden Globe Awards, and seven Screen Actors Guild Awards for his work on the show, making him the male performer with the most SAG Awards. Baldwin co-starred in Mission: Impossible – Rogue Nation, the fifth instalment of the Mission: Impossible series, released on July 31, 2015. He is also a columnist for The Huffington Post. Since 2016, he has been the host of Match Game. He has received worldwide attention and acclaim for his portrayal of Donald Trump on the long-running sketch series Saturday Night Live, both during the 2016 U.S. presidential election and following the inauguration, a role for which he won a Primetime Emmy in 2017. During his 2010–2013 stint as a spokesperson for Capital One, Baldwin's contract was written to fund Baldwin's charity foundation. He was paid $15 million over nearly five years. After taxes and accounting fees, the remainder, $14.125 million, was given to charity. In March 2011, Baldwin donated $1 million to the New York Philharmonic (on whose board he served), and $500,000 to the Roundabout Theatre Company, where he has performed plays in New York. 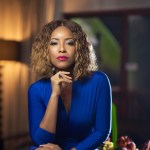 Joselyn Dumas is a Ghanaian TV host and actor, who earned a Ghana Movie Award and an Africa Movie Academy Award nomination for Best Actress for her role in the 2014 movie A Northern Affair. She heads the Joselyn Canfor-Dumas Foundation, which aims to address the needs of vulnerable Ghanaian children.

"The next generation will have nothing if we do not act now. Forums like GLF are very important in taking that action and bringing about that change. "

"At the Global Landscapes Forum I really learned that if we do it together, it’s going to be a fantastic world – not only for our kids and the next generation, but for our generation."

"The Global Landscapes Forum addresses how land-use is central to global challenges that are more interconnected than many of us realize. "

What’s On The Agenda?

To address the challenges of bringing different systems of knowledge into conversation and collaboration, an inclusive space will allow for learning, where participants will be able to step back and reconsider how they approach pressing environmental issues. During this process, participants can co-learn through improved self-awareness of their own positions, perspectives and perceptions as well as those held by other people. This knowledge can then be used to foster more meaningful and effective partnerships, avoid and overcome potential conflicts, and advance global inclusivity and understanding. Conference objectives include:

Empowering youth to adopt and champion rights-based approaches in climate action activities, especially in rural landscapes through an intensive workshop on environmental justice with key partners from national organizations.

Securing and enhancing land and resource tenure rights for indigenous and local communities. Addressing threats of rollback, violence and criminalization of environmental and land defenders. Learning about land tenure and legal frameworks.

Identifying lessons learned and best practices for re-thinking safeguards that can overcome disregard for rights, criminalization and persecution of activists. Reframing safeguards to empower rather than discourage communities while conceiving policy changes.

Organizations that engage with GLF

Network in the city on the Rhine

Want to do more?

If rights are placed at the center of landscape-level change, the world will become more just and sustainable. Join the movement.

Sign up for the digital edition and share expertise in an online interactive session. Or host a plenary discussion or tabletop exhibition in Bonn as one of more than 1,000 stakeholders from around the world. Help shape the conversation.

2022: THE YEAR IN REVIEW THE 6TH INVESTMENT CASE: REGISTER NOW