2022: THE YEAR IN REVIEW THE 6TH INVESTMENT CASE: REGISTER NOW
Get Involved Donate
CONNECT WITH US
Home    kyoto 2019    AGENDA      Renewable Energy and Indigenous Peoples in Landscapes: Challenges and Solutions

As global leaders seek climate change solutions, indigenous peoples should be at the center of decision-making – because of their vulnerability, but also due to their critical role and contributions in combating climate change and achieving sustainable development.

Some 60 to 80 percent of the world’s biodiversity lies in indigenous peoples’ territories, primarily due to their customary practices of sustainable landscape management. This is based on their intrinsic relationship with their lands, territories and resources. But too often, indigenous peoples live on the frontlines of climate change impacts and their existing capacities and resilience face serious challenges because of the severity, intensity and unpredictability of climate-related disasters.

Delegates at this panel discussion will discuss how to increase access for indigenous peoples to renewable energy, equitable benefit-sharing, and enhance their roles and contributions to sustainable landscape management. That work will also contribute to achieving other Sustainable Development Goals (SDGs), including reducing poverty, providing food security, empowering women, offering decent work and livelihoods, and conservation of forest and biodiversity.

A majority of indigenous peoples in rural areas do not have access to energy even as indigenous territories host a significant number of renewable energy projects. Although they represent just five percent of the global population, indigenous peoples comprise fully one-third of the world’s 900 million extremely poor rural people.

Indigenous peoples are also being displaced by large hydro-electric dam projects, windmill and solar farms, and geothermal developments. Too often, these result in conflicts, destruction of livelihoods and sacred sites, and violations of the rights of indigenous peoples to lands, territories and resources.

A short video illustrating the ‘Right Energy Partnership with Indigenous Peoples’ will be presented during the session. 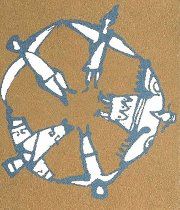 2022: THE YEAR IN REVIEW THE 6TH INVESTMENT CASE: REGISTER NOW