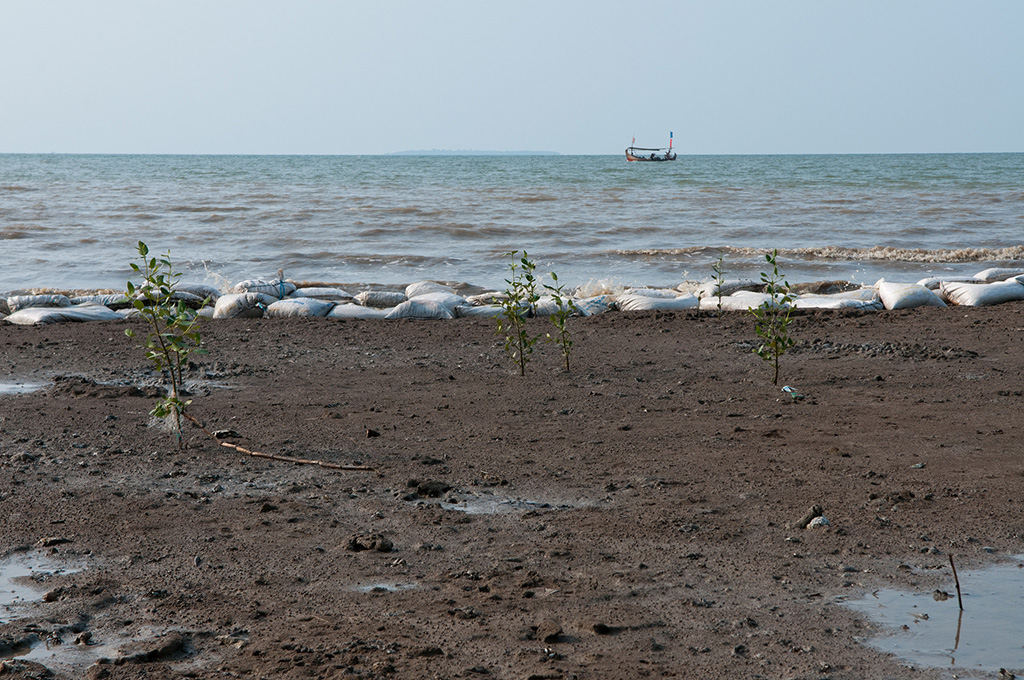 VIEW RELATED SESSION
Author(s)
Safwan Hadi and Hamzah Latief
Abstract
Air pressure and wind field which change due to climate change affects wave condition in the ocean and when combined with sea level rise caused by global warming will lead to coastal inundation and coastal erosion. Based on wave climate simulation in Indonesian waters and its projection in 2045 made by Sofian (2018) the authors investigated based line condition of wave climate in Indonesian waters and its projected change in 20145 due climate change. The projected wave climate in 2045 was used to investigate coastal erosion along the coastline of major islands of Indonesia and produced map of coastal vulnerability index (CVI) of the islands. Parameters used to produce map of CVI are coastal slope, tidal range, significant wave high, sea level rise, and coastal erosion rate.
Photo by
Aulia Erlangga/CIFOR
0 Vote